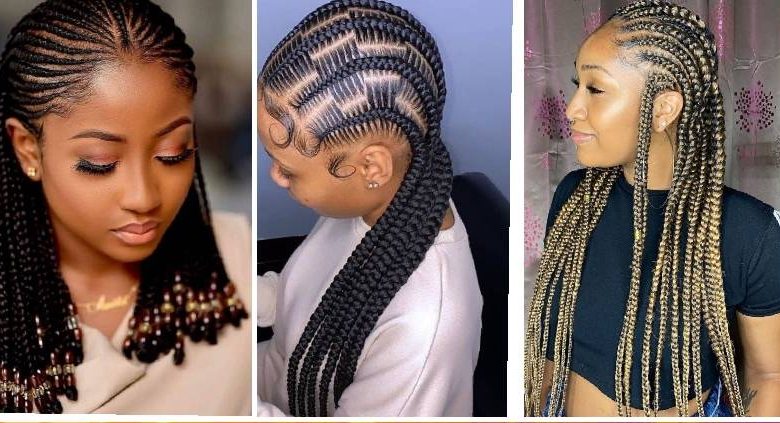 What is Cornrows? | 8 Types of Cornrows.There has been a tradition of cornrows in African hairstyles for hundreds of years. Cornrows will be explored in this article in terms of their history, cultural significance, and modern representation and the types of cornrows

There has been a tradition of braiding, also known as cornrows, in African hairstyles for centuries. A popular hairstyle among people of African descent, they are created by braiding the hair near the scalp in a straight line.

Throughout this article, we will explore the history, cultural significance, and representation of cornrows in the modern world.

Various styles and patterns of cornrows were used to convey particular meanings as a form of communication.

People of African descent attach a great deal of cultural significance to cornrows. There is an association between the hairstyle and traditional African culture, which is considered a symbol of pride and identity.

The use of cornrows is prevalent in many African cultures, and they are often used to mark significant life events such as weddings, births, and deaths.

Traditional African hairstyles such as cornrows involve braiding the hair in raised rows close to the scalp.

It is typical to braid the braids in a straight line, however, they can also be styled in different ways, such as spiraling or embellishing with beads or other ornamentation.

People of African descent often wear cornrows as a hairstyle, but other ethnicities may also wear them.

Cornrows are available in a variety of styles, including:

These are the most common types of cornrows, but there are many variations and combinations to choose from, depending on the stylist’s creativity and the client’s preferences.

There has been an increase in the popularity of cornrows in recent years, with many celebrities and public figures sporting the style.

Although cornrows have been depicted in mainstream media, they have been subject to controversy because many have accused the media of cultural appropriation.

Cornrows are still worn as a means of celebrating African heritage and cultural identity despite this.

There are a variety of styles and patterns available when it comes to cornrows, making them versatile hairstyles. The braiding technique involves braiding the hair close to the scalp, usually in a straight line.

Braids can also be designed and braided in various patterns and designs, including the traditional single braid and multiple braids.

Regular maintenance is required to maintain the neat appearance of cornrows. You may need to re-braid or retouch your hair every few weeks, as well as apply products such as leave-in conditioners and oils to keep your hair moisturized.

1.What are some popular styles of cornrows?

Intricate patterns and designs are some of the popular styles of cornrows, including the traditional single braid, multiple braids, and multiple braids.

2.Can anyone wear cornrows?

People of African descent have primarily worn cornrows as a traditional hairstyle for many years. Even though cornrows are technically open to anyone, it is important to recognize and respect the cultural significance of the hairstyle, as well as to avoid appropriating it. The skill and experience of the braider should also be considered when getting cornrows, as it can be a challenging process to create and maintain them.

Traditionally, cornrows are a style of hair designed for African women with a great deal of cultural significance. For centuries, people of African descent have worn them, and they continue to play an important role in many cultures today.

The use of cornrows has increased in popularity in recent years, but their representation has been controversial in the mainstream media. Cornrows remain a popular way for many people to celebrate their heritage and cultural identity.